Power of the Daleks

Rumours of missing Doctor Who material are always around but there seems to be a few more with the onset of the 50th anniversary.  Typically missing episode rumours grow out of nowhere, a mix of off hand comments, incomplete memories and miscommunication, and on some occasions are deliberate hoaxes.  Often, it’s the claim that collectors are sitting on them, some in ignorance but there is always the dark suggestion that some know their value but hoard them.  I'm not sure whether to think this has happened with Doctor Who, but with the amount of film out there changing hands in a private market there is almost certainly material in the hands of a few that is not in the public domain.  There’s the suggestion that given the opportunity, some people would hoard as demonstrated when someone once listed missing Doctor Who material on eBay and were contacted for the purposes of a private sale.  There was no episode available and what those interested would have done with their purchase can’t be proven of course, but it seems that given the chance, there are people who would hoard.  The other issue is that the BBC won’t pay to get their own material back, while frustrating as a fan, it’s understandable in that the BBC doesn't want to create precedent for agreeing to buy their own property back lest encouraging missing material be held to ransom.  So while missing episodes are worth a great deal, there is reliance upon the goodwill of people to return them for little reward.  Furthermore, when the episode is returned, while the collector can keep the original film it is true, but it is significantly devalued in that it is no longer unique, being eventually available on DVD.  Given that, you can see why an unscrupulous person would want to hang on to their ‘investment’ as it loses both uniqueness and value.

Episodes have been found in odd places, and many episodes exist with difference degrees of editing.  Rumours are rife of them being held in various TV archives around the world but being lost by various forms of natural or man made destruction.  There are rumours of episodes secretly shown in conventions, though these are rather more difficult to believe.  The edits made to episodes ironically survive the destruction of episodes, so several fragments of material have come back piecemeal from censors.  Episodes as a result exist in various forms of completion.  For example, there are many copies of the Time Meddler in existence with different cuts.  One of which recalls another peculiar story.  The Time Meddler was returned in 1984 with edits to the episodes and sat as such in the archives for many years.  Just prior to the programme being shown as part of the 30th anniversary repeats Ian Levine produced another copy of the Time Meddler which was a more complete copy.  Which was great, but apparently he had been sitting on it from the early eighties after being lent it by an unnamed ‘friend’ before the Nigerian recovery.  Obviously there were suspicions as to the motives of someone effectively sitting on material that was lost to the archive but Levine claimed that he was only holding onto them as a favour for a friend and as they belonged to someone else he didn't feel right to return them, even though they are, by rights, BBC material.  Levine claims that some people at the BBC knew he owned missing episodes outside their archive but that as there were strong rumours around at the time that some people had missing episodes they would only trade for other missing episodes, it was only right that he keep his own finds secret for some purpose.  Still, the safest place for missing material is in the archives and in BBC hands, not held by people hoping to use them as bargaining material or claiming to hang onto them for their mates while the BBC archive has gaps.  It's worth noting that as a result of this, the Time Meddler are the BBC was needlessly less complete than it could have been for around a decade.

Speaking of which there is currently a buzz that it isn’t a film collector or fan sitting on material, but the BBC iotself, keeping an announcement secret for the 50th anniversary.  It’s suggested that some, or optimistically all, of Power of the Daleks has been recovered.  Elsewhere I've seen Tenth Planet part 4 being named, which strikes me as being ridiculously hopeful as it is probably the holy grail of lost episodes containing the landmark first regeneration scene.  That's been the target of so many hoaxes that it actually doesn't get named that often any more, hoaxers preferring to name something more obscure and less desired, though any missing material is welcome. 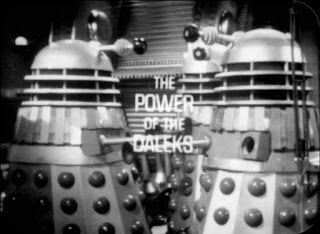 Where do these rumours this stem from?  Well firstly the BBC has a little previous form on this matter making people quicker to doubt denials by those likely to be involved.  When episodes from Galaxy 4 and Underwater Menace were returned in October 2011 they were kept under wraps for a surprise screening at a BFI event in December.  Galaxy 4 part three was returned first, and a few weeks later Underwater Menace part two was found by the same collector.  But this was kept secret in the face of fandom gossip, somehow the details didn't leak out and it was eventually shown to a few hundred who had tickets to the event, the only few to have still seen them as they currently await release over a year later.  It was one of those fabled examples of episodes found in odd places such as a Church basement.  These being bought at a school fete and twenty years later handed over to the BBC when mentioned to Ralph Montagu, Radio Times’s head of heritage, who identified them.  When asked if he hoped to find more he responded “Well, one or two other leads are being pursued at the moment. More than that I’m not saying!”  This caused a little speculation that perhaps there were more leads through acquaintances of the collector who had owned these two episodes all these years.

Moving on a bit and with the hope that the BBC may sit on things to announce when it suits them there’s a much talked about rumour that Anneke Wills made mention of a discovery being being hushed by someone accompanying her.  Ah ha, conspiracy!  But the circumstances around this seem a bit vague, who heard what and where?  Basically it’s claimed that something of Power of the Daleks has been found in Australia.  This has been given substance using the above observations of the BBC handing of missing material alongside various accounts of something Anneke Wills said at a convention.  Looking around the internet these accounts are varied, she’s supposed to have said that we’re getting a ‘wonderful surprise’ for the 50th anniversary, that she said there is ‘more to come’ after Underwater Menace, that she responded ‘you’re not supposed to know’ to someone saying the episodes were back, to her saying outright whispering that it is Power of the Daleks.  In many of these accounts there are some ‘minders’ around that tell her not to speak further, which seems almost sinister considering that’s she’s supposed to be a guest at the event.  Unless she’s taken to telling everyone passing her at the convention bar, it seems impossible that all of these variations of the story are true.  Various members of the Restoration Team have denied missing material being returned.

There’s a good article on missing episodes by Ash Stewart linked below.
http://unlimitedricepudding.com/Mythmakers2004.html#Lies

And one itemising the returns of various missing materials.
http://www.angelfire.com/magic/thedoctorwhonexus/episoderecoveries.htm 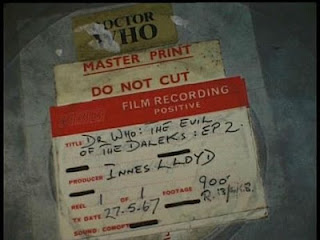 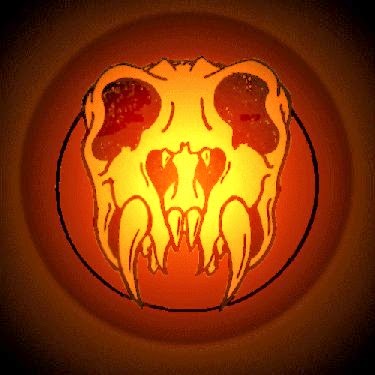